Today was one of those clear bright Christchurch days, where the sky is a vivid blue, and the sun glares even from early morning.

“I’m taking you somewhere special,” I told Miss Nine,  “Just you and me.”

As we were driving, Miss Nine asked “Why just me?”

It was market day at the Riccarton Sunday Market. 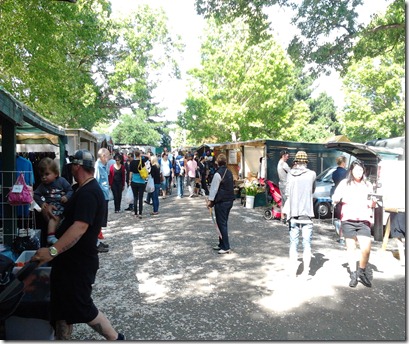 We met our friend Pat, selling her paintings. 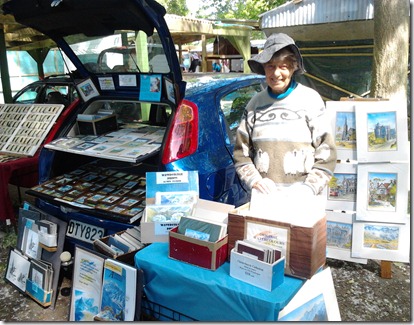 (A shout out for Pat – she previously relied on the Art Centre weekend market to make a living, but since the earthquakes has struggled like so many other Christchurch Artists.  Check out some of her work at http://www.newzealandinwatercolour.com/index.htm.)

We ate some yummy mini donuts. 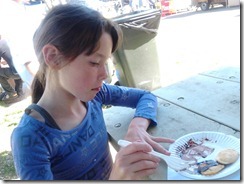 Then Miss Nine spotted a couple of her classmates, and her teacher.  I gave Miss Nine’s name to the lady in the red hat, and Miss Nine got given a T-shirt.  She thought that was pretty cool. 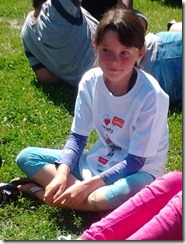 She sat on the grass chatting with her friends, when one of them spilled the beans and spoiled my surprise.

“What? Are you serious?” 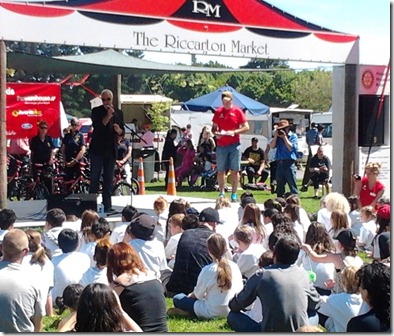 I liked the bit where he talked about every child in this city has been a hero over the last two years.

Then the 100 children who had been nominated by their schools or community organisations got presented with a new bike each, along with a helmet and safety card, thanks to The Variety Club Bikes for Kids tour. 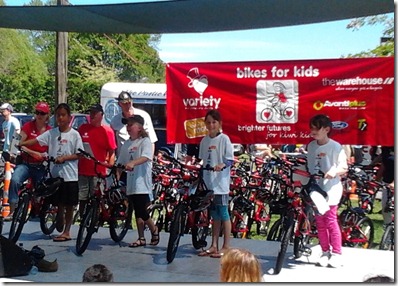 Miss Nine was one of four pupils nominated from her school. 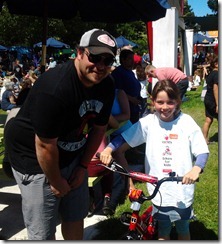 She had been nominated by her teacher for being a good role model and having a great positive attitude in class.

I am so proud to have such an awesome daughter! 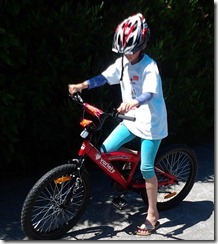 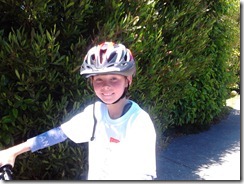